The reason for cartography

If ever there existed a reason for cartography then this is it. Possibly the year's worst map so far. 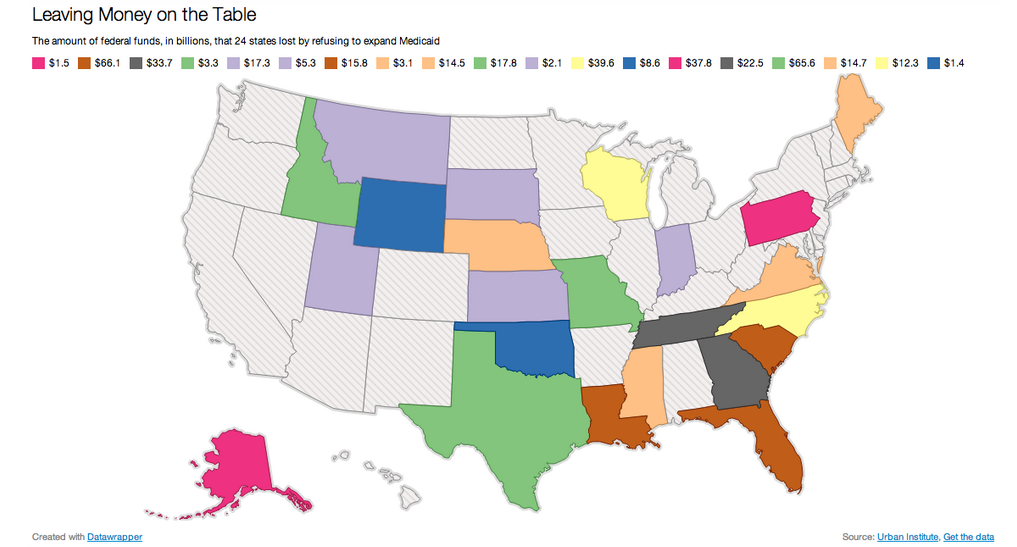 It was on the New Republic web site today as a map to accompany a story by Jonathan Cohn.

There is nothing about the map that is correct...actually, that's a lie...the projection (Albers equal area) is correct. The data, however needs to be classified, it needs to be normalised and it needs a sensible, sequential colour scheme.

To be fair to the guy he's taken some serious social media heat and redrawn the map. The data is now classified and he's got a decent shading scheme. Still not normalised though...so it's impossible to make any sensible visual comparisons. 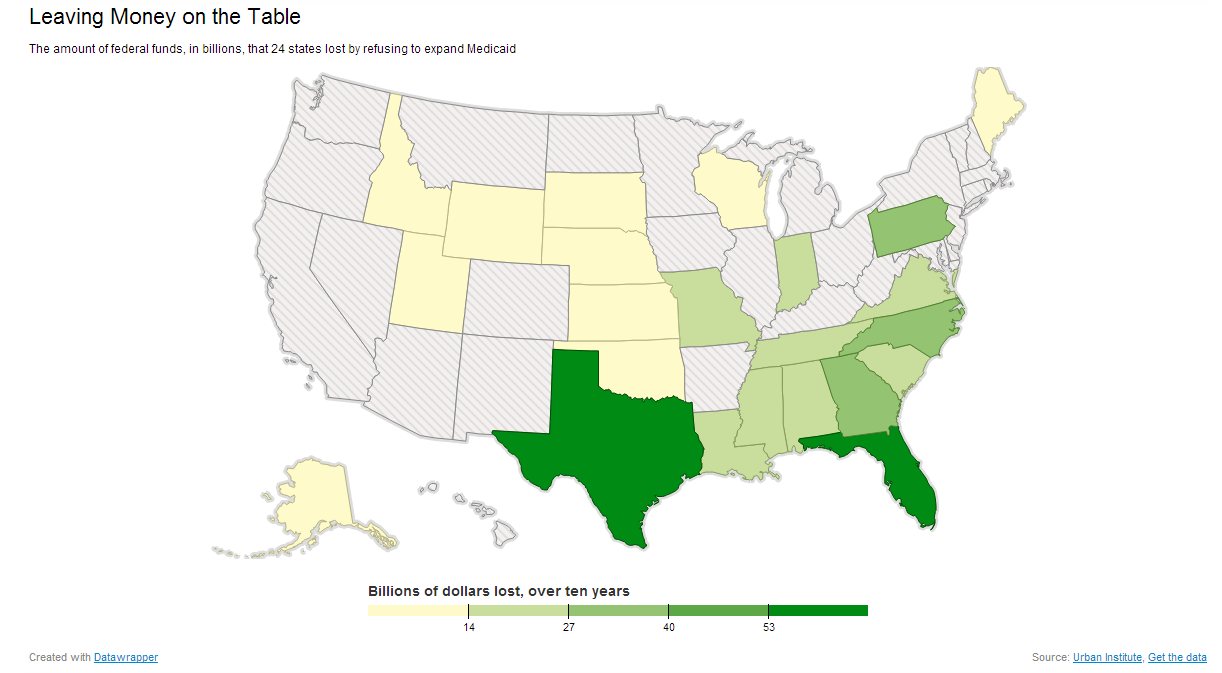 Is the availability of tools to allow anyone to make maps a good thing. Yes...as long as those same people appreciate that if they are going to do so they are obliged to learn how to avoid the basic mistakes as a bare minimum. Cartography exists to guide people. Yes, there are basic cartographic rules but they are designed to tell map-makers how people read maps and, therefore, how to design them to make sense and be useful. If you're going to make a map of your data, ignore cartography at your peril.

And as I type...Steve Koczela has re-worked the data into per capita so here is a 'correctly constructed' map. Good projection...classified sensibly, decent shading scheme...and normalised data so we can compare like-for-like across the map. All rise! 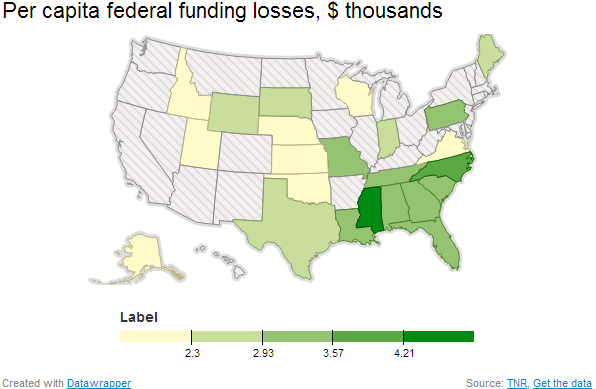 So there you go...the first map shouted Pennsylvania and Alaska (bright colour catches the eye). The second map told me Texas and Florida were screwed (darker colours = more). The final map...Mississippi by some margin from North Carolina. Texas isn't that bad after all.

Finally...a small parting shot...with about half the states missing data...maybe this would look far better as a bar graph anyway? 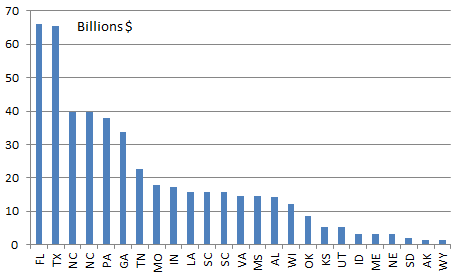 UPDATE: Cohn has updated his web page to include a per capita map. As this blog is set up entirely to point out cartographic mistakes (often with a little of my cursed British humour thrown in which I know isn't to everyone's taste) it's a welcome sight to see people respond and correct their efforts where necessary. I admire Cohn for taking the views of this commentator, along with many others, into account and correcting his mistakes. It's encouraging that some actually do want to learn and move forward with their work. There's also a nice write-up of the need for constructive critisism spurred on by this map over on Alberto Cairo's excellent blog.