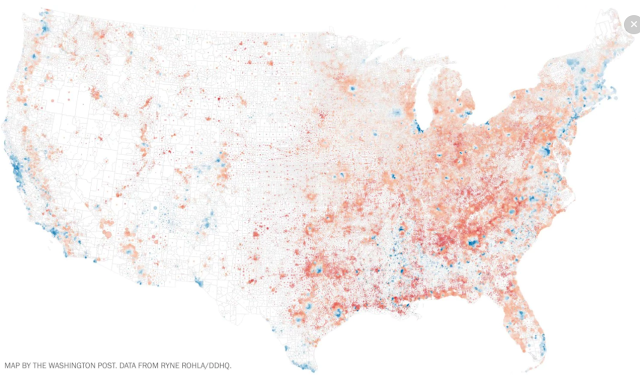 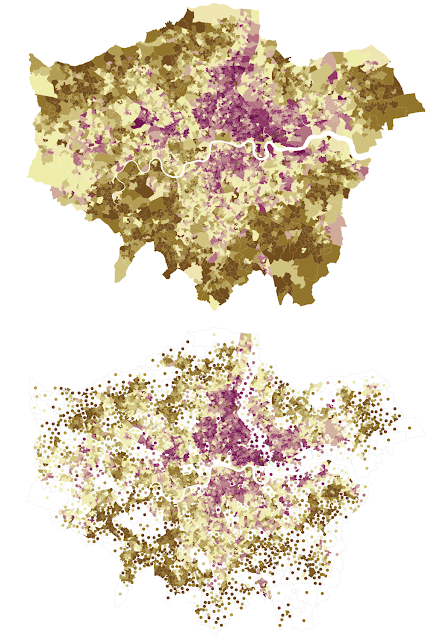 Talk to a cartographer. That's their job. They know what they're doing and likely have a good solution. Pointilist cartography isn't new. I'm pleased to see articles like the one I note here picking up these techniques. I just hope they get used a little more rather than being marginalized by 'designers' who default to the standard choropleth.
Posted by Kenneth Field at 10:11 No comments: