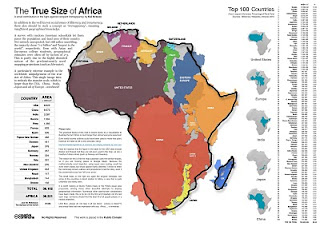 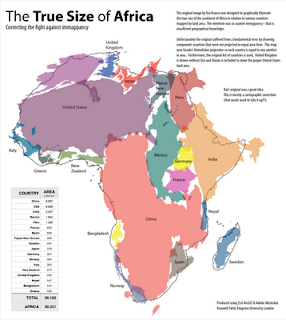 The version I re-created projected the countries using Goode's Homolosine equal area projection and which included the countries as they appeared in the table. I was accused of being a marauding carto-nerd for pointing out the errors and, worse, going out of my way to provide a corrected version. It baffled me why so many people without any background in cartography were so unwilling to be corrected by someone who knew what was wrong. Are we so caught up in our own self-importance that we lose perspective and, worse, are unable to accept criticism or comment? I guess no-one likes to be told they are wrong but this world is full of immappancy so if I have to maraud a little to bring attention to cartographic failings then so be it….and thus my blog was born. It’ll feature an eclectic array of the weird and wonderful, the useful, the not-so-useful, the insightful and possibly the odd rant or two. It won’t be a regular blog…just when the whim takes me.
Posted by Kenneth Field at 14:50 1 comment:

NOTE: NOT a proper blog post...just somewhere to post a webmap for forthcoming NACIS conference

The following webmap was built using ArcGIS.com, a free, online web mapping tool from Esri. It uses data collected by my former Kingston University students on a fieldcourse to Malta in 2010. Here, it's been added to an ArcGIS online webmap which can be simply embeded in a blog or website. You should zoom in or open the larger map to see the symbology appropriately. Alternatively, open this webmap app for an alternative way of exploring the data, to see the legend and the clickable contetn.


View Larger Map
Posted by Kenneth Field at 17:30 No comments: