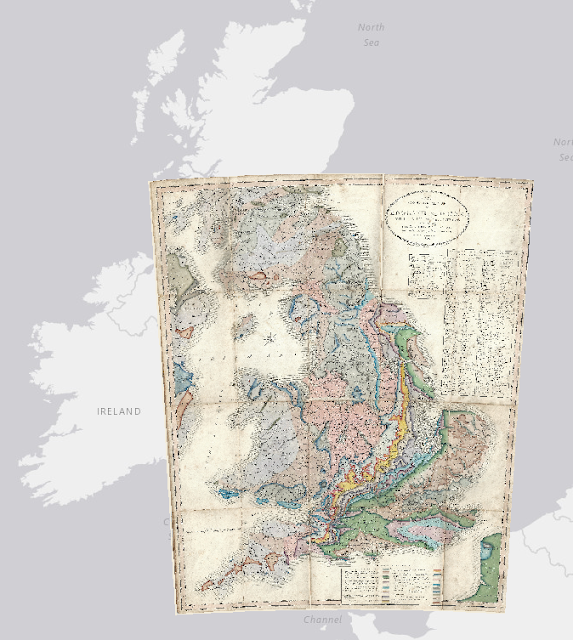 Campaign group 38 degrees have produced a map of the NHS crisis in the UK that purports to show the location of signatories to a petition demanding improved resources for the NHS.

Click here to put in your own UK postcode and here if you want to just see the map I've screen grabbed below
. 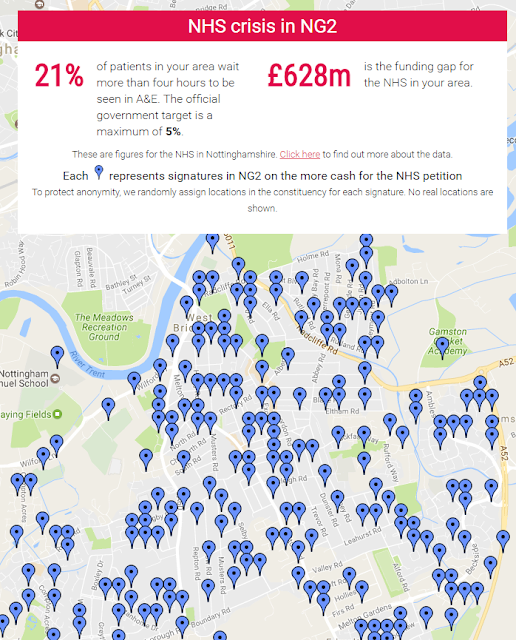 Each signatory is shown with a lovely blue Google map pin (zoom out to get the full 'death by map pin' effect just for kicks). Here's the cartography bit: "To protect anonymity, we randomly assign locations in the constituency for each signature. No real locations are shown."

So you take data, you ignore location other than it exists within a certain boundary, you give it a false location and then put it on a map. Let's just zoom in a bit... 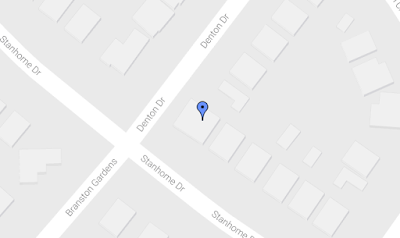 There you go. Mr Gordon Bennett in that lovely house round the corner signed the petition. Except he didn't, did he, because this is a randomly placed marker. Someone in the area whose postcode cannot define a particular property has had their data pinned to Mr Bennett's house. I suspect that pisses them both off.

This sort of map tells this huge lie while at the same time purporting a level of precision that assigns the unreality to very particular houses on the map.  It's a verson of the ecological fallacy in the interpretation of statistical data where  inferences about the nature of individuals are deduced from inference for the group to which those individuals belong. In this case precise location...albeit randomly assigned.

If you're going to randomize the data for display (a good thing) then aggregate it into a choropleth (you clearly have the boundaries which you're using to demarcate the selection) or show the postcode totals as a proportional symbol or do anything other than use point markers that make no sense and, worse, impute nonsense. Total cartojunk that obfuscates the real message. Put the damn numbers on the map. Make them big. Make those crucial messages the visual. 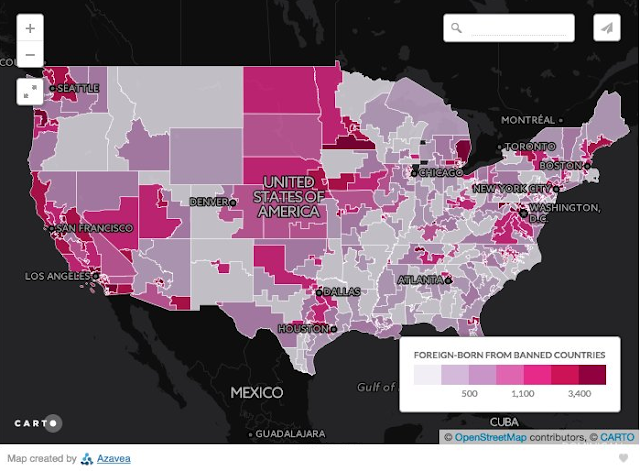 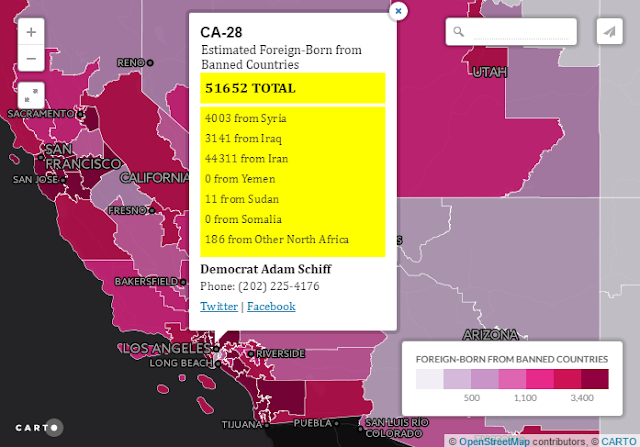 As it stands the map is dangerous. It shows where people live that are currently on a banned list and that serves no purpose. It uses a good technique but poorly which is nothing more than creating visual alternative facts. It uses the wrong projection which exacerbates the problem. It uses slightly dubious data and, certainly, a bad choice of colours. I'd ban this sort of mapping. Period.
Posted by Kenneth Field at 09:45 5 comments: