LyricMap: Where the Streets Have No Name

Inspired by the nonsense mapping of The Proclaimers 500 miles that I re-mapped, I was pondering a few other geographical lyrics and how they might be mapped. I'm going to call them LyricMaps ™ and there's a lot of them. First up -let's give U2's Where the Streets Have No Name a whirl and see what we come up with.

First, start with a nice healthy dataset of all streets in the contiguous USA and use some Geographical Information Systems savvy to process it. I'm fortunate to have access to the 2012 version of the Tom Tom data for North America which contains over 15 million street segments.

Second, apply a few of query analyses to extract any street segment without a name, discounting outliers like connectors, ramps, slip roads and such like. The result: a LyricMap of 3.5 million streets with no name, the beauty of which is that I don't need to worry about labelling because, well...there aren't any!

Finally, map each road segment with a huge dose of transparency so at the final scale the map shows areas that contain relatively few streets with no name as dark as the background. Where there are numerous streets with no name, the overlapping transparent symbols create a much lighter effect. 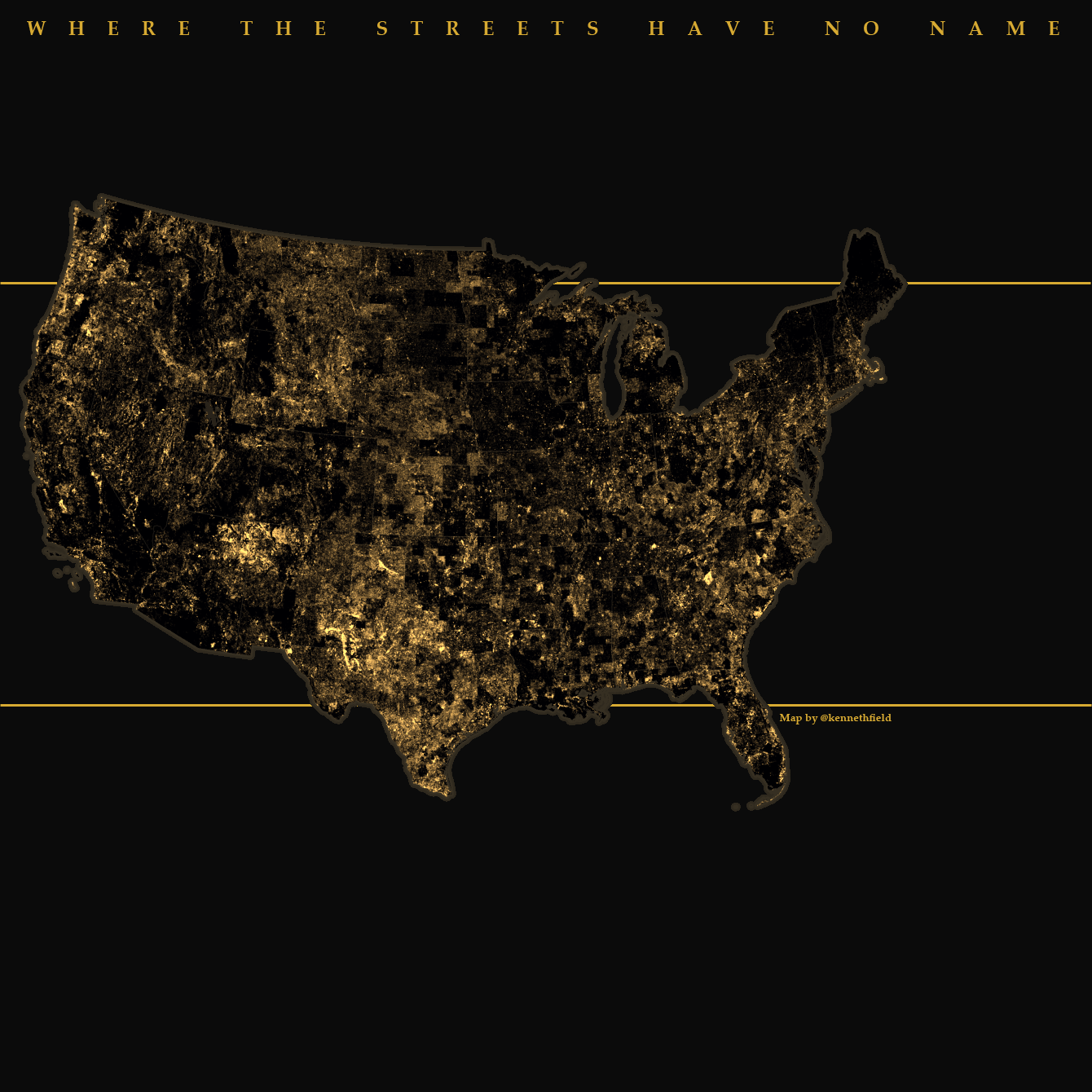 The map deserved to be styled as an homage to U2's classic 1987 The Joshua Tree which contains the track.

The overall pattern suggests that it's streets in rural areas that have no name. Pretty much all the major cities appear dark indicating a low number of streets with no name. This makes sense...the dataset contains every road in the U.S. and many of them would be dirt tracks. Despite there being over 3 million separate segments on this map there isn't much sense looking at the detail for a particular city...there are so few it makes the map sparse as the following larger scale map of California illustrates. 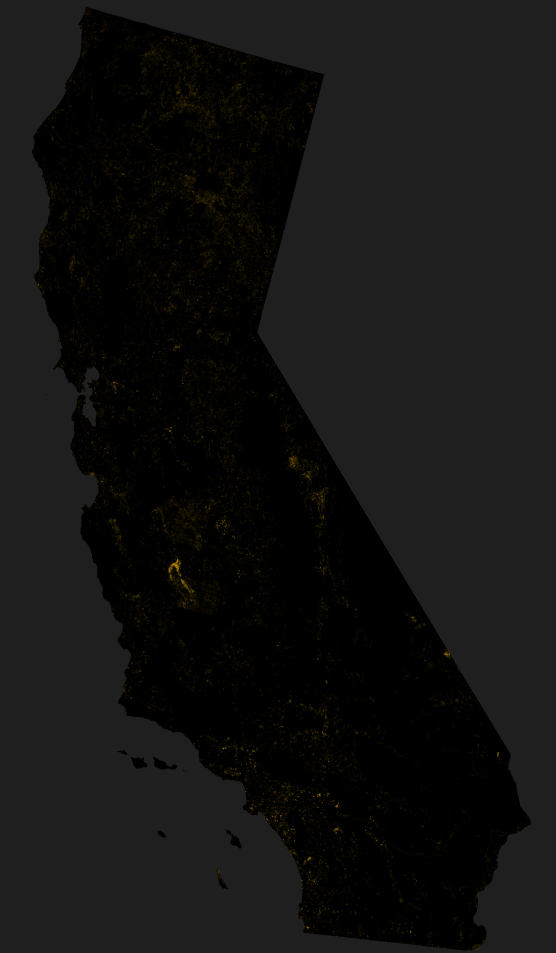 Of course, there's more work that could be done to eliminate more categories of roads but hey - this is just a bit of fun. I've got plenty more geographically inspired LyricMaps planned so stay tuned!