Update: since I wrote this blog the author of the map concerned got in touch with some vitriol and a lack of humour citing some copyright nonsense, unprofessionalism and such like. He had a less than enthusiastic take on my writing on what remains the worst map of 2013. I guess the truth hurt and he failed to see the tongue-in-cheek approach I took to this. Despite the fact I know I am well within my rights to use the image under the principle of 'fair use' the author was being somewhat difficult. So the image is removed...but you can click on it to go to his tweets directly (wear shades). He tweets this bilge daily. yes, it is bilge. He might not like my humorous take on his efforts but make a map that bad and it deserves to be completely slated in unflattering terms.

My friend and colleague Craig Williams posted this gem on Twitter and it immediately registered as possibly the worst map I have seen in a long while...and for that alone it's gone straight in as my worst map of the year (by someone other than me). So bad, it's not even in a top ten - it's in a list of one. 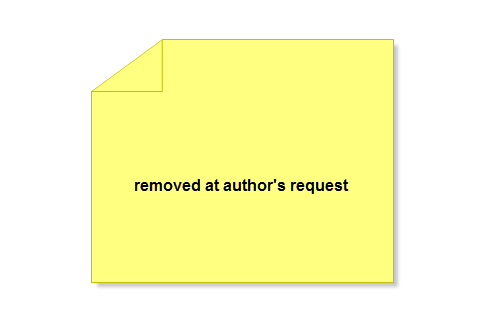 Colours...holy mother of all that is decent...this is out of bounds, off the hook, shut the door and throw away the key awful. Not content with a simple rainbow effort this crowbars two of the worst colour ramps I have ever seen together in one discontinuous continuous blur. A symposium of technicolour psychedelic vomit across the map. Zero or -100? -20 or 125? You tell me. Land or water? Again, tricky.

Good job they added temperature annotation all over the map so you don't need to worry about the colour...at least it would be if you could make them out. Quite a bit of overlapping annotation and black lines overprinted make that task a little tricky.  You'd like to think labels means land and no labels mean water but no...some (not all) water has labels to.

Somewhere in there is a coastline but with State boundaries also on board that bisect the Great Lakes it makes uncovering that a little cumbersome. And look at those beautiful offshore temperatures...what accuracy...what precision...each colour and one degree of temperature change gets its own contour interval.

And zero...that's the huge cliff drop in colour across the map. How many 'white-ish' zones does the ramp go through? Well there's one at about -45, another at 0...one more at 30. Ugh!

At least it has a title...erm, well...it has a collection of codes and characters across the top, some of which make some sense.

It squeaked in at the end of the year but it's singularly the most worthy effort of the crown of cartographic failure of the year for this cartonerd at least. The very reason that cartography exists is to prevent this sort of crap. Please people...let's try a little harder and not insist on using every single crayola.

I'm quite sure weather modellers would say they understand this nonsense perfectly well (or maybe it explains why weather forecasting is as much miss as it is hit?) but modelling the map on some Grateful Dead album cover from the 1970s is taking things too far. Actually...no it isn't... 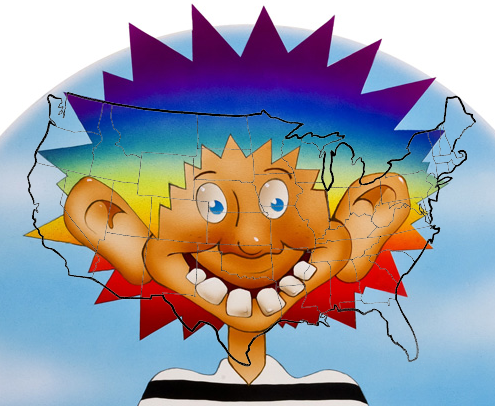