The worm is turning

This entire blog is a conduit to encourage better mapping by exploring and providing critique on the dreadful, the mundane, the inaccurate and the sheer bloody hideous maps that we sometimes see. It's about standing up for what's right in my area of professional expertise and trying to reassert the value of high quality cartography (even if it hacks a few people off...which it seems to regularly).

For a few years, the over 100 blog posts I've written have sought to explain why bad maps are bad and how they might be far more effective...but over that same period there's also been a dramatic increase in the proportion of poor maps and, more than that, a massive increase in the various media sites that regurgitate, promote and peddle cartocrap and which also contribute through their own less than optimal efforts.

First, Ben Blatt at Slate wrote an article entitled "Bad latitude: The trouble with viral maps". Then Business Insider's Mike Nudelman and Christina Sturbenz got in on the act with "The internet is obsessed with maps - here's why it's gone too far". And what prompted all of this? Ironically, it may well be the NBC Nightly News map that caused me such ire I wrote my "Changing face of America" blog post which was then itself used as a basis for the article by John Brownlee in his FastCoDesign blog "The worst infographic of 2014 (so far)". 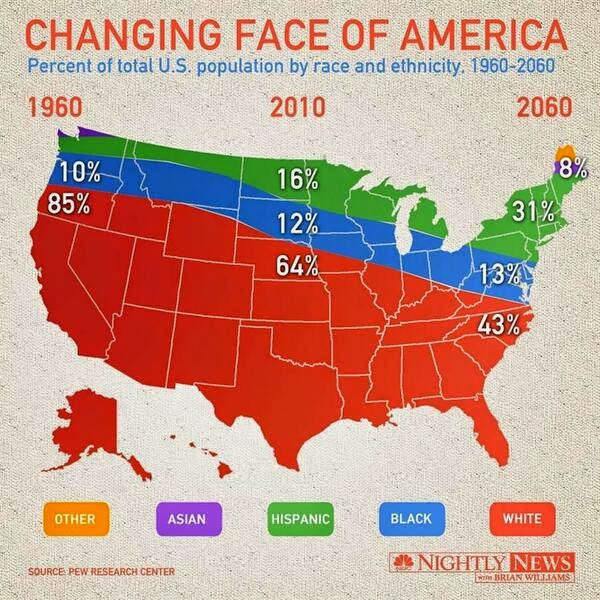 The Changing face of America cartofail was perhaps so awful it may well have jolted people to question what they see a little more; to not be so accepting of every map they see and promote to such huge levels of viral contagion. Maybe, just maybe, some have actually pondered why people like me get so worked up at what all too often appears to be the dumbing down of the art and science of making maps? Or maybe online media has just measured the pulse of horror over this particular graphic and this week we're seeing some sort of reaction. 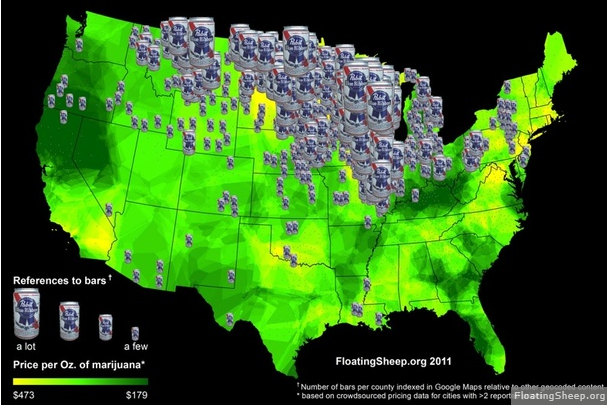 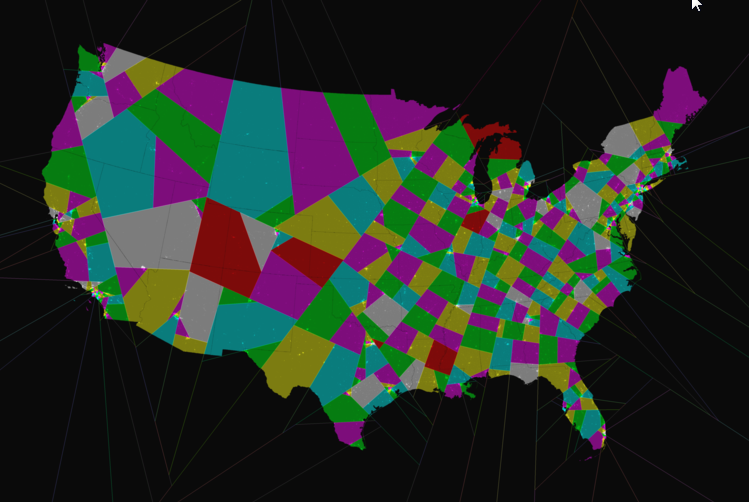 The first was actually from a 2011 article in The Atlantic by Richard Florida entitled "Mapping the anti-creative class" that I hadn't seen before (but in social media if something goes around once it inevitably goes round again and again). It's just an abomination. There's no cartographic control been applied at all. It's a load of map-like components dumped on a page. There's no thought to symbolisation, layout or meaning. But it wasn't the map that horrified me so much as the write up which began "Those terrific cartographers over at...". No...NO. This is not cartography. It's been made by someone who clearly shows no cartographic acumen. The reporter clearly has no background in assessing or justifying that comment. It's tantamount to libel to accuse the author of cartography.

The second is from an article entitled "This is what America would look like without gerrymandering" in Vox by Andrew Prokop. It offers a really odd (and methodologically questionable) way of redistricting the United States that is based on using an algorithm that splits a state in half using the shortest possible line...which they kept repeating until they had roughly the same number of districts as the 'real' map. They are pretty shapes but also pretty meaningless. By repeating the flawed approach they simply propagate the errors at finer resolutions.

All of these media sites have been guilty of promoting this sort of stuff. They scrape and aggregate then push it to the unassuming and the uninitiated. In a tiny corner of the world people like me voice our concerns but it's a hard fight against large, loud, noisy voices, likes, pluses and retweets. But what happens when the media get bored of writing the same articles? They tend to take the opposing view. It's a cyclic approach to reportage...it's how so much of news media works. They build something up then knock it down again because then they have something new to write. The 15 minutes of fame that people have yearned for by creating maps they simply want to go viral may just be about to end because the backlash is beginning.

There's something ironic about Slate and Business Insider beginning to take a different stand since they have been two of those media outlets more than happy to promote cartocrap in the recent past. I'm not going to quibble though - if they bring this message to more people who then take a more critical eye to their consumption of online maps then that is a good thing. They will hopefully start to become a little more discerning, more demanding. Up to this point, the media have stoked the production of awful maps because they've been behind their promotion. If they begin to take a different approach then maybe people will also begin to think more...to produce work of a higher quality with at least basic construction being applied sensibly.

Maybe I'm being a little altruistic. I don't for one minute expect a dramatic shift from quantity to quality. As someone who has, in a very small way, campaigned for better mapping across all facets of my professional and private work in cartography it's a shift I hope has begun. It's a huge ship to turn and there's always people who believe their own facts but maybe if the outlets they rely on to push their work change tack, they may have to revisit their own approach.